This version is all about adding more flavor and refinement to the features brought to you in the previous two versions. Thanks to feedback from the community, we were also able to balance key areas of the match system. Read on to get all the details!

Your tools just got more powerful! Enjoy even more immediate and meaningful feedback on roster changes and training your team before a match!

Champion Power is a representation of the bonuses from Level-Ups, Items, Buffs etc... that a player will acquire during a match. It resets at the beginning of every match. It could be seen in the Match-Result screen already, but we brought it to the forefront to make it easier for you to understand combat results and make play decisions without having to compute a lot of stats together. 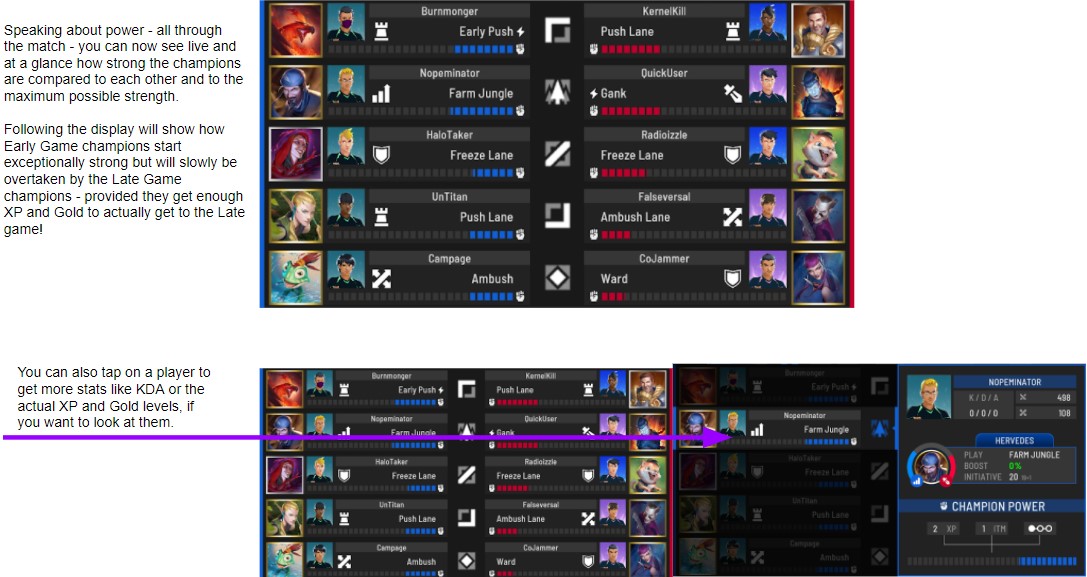 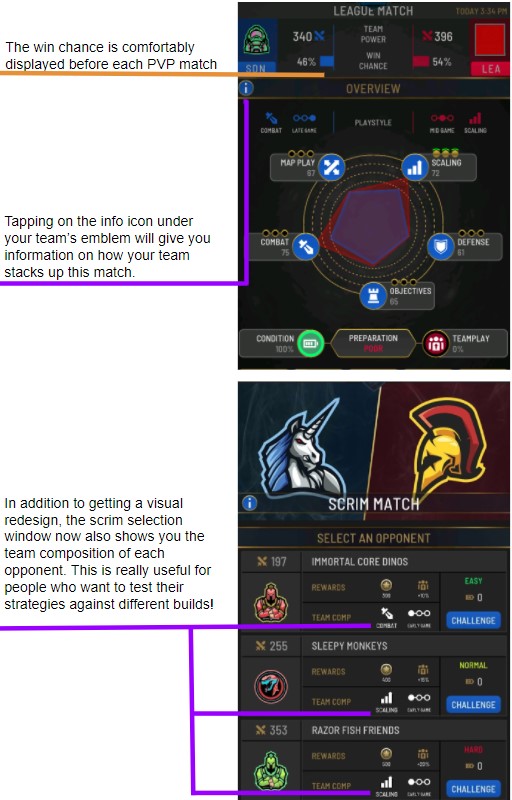 The UI team didn’t stop there! The following screens were given some extra love to bring it up to date with the new look and feel of the game:

In addition we updated the Match-Result screen to break down Aspect and Initiative values of plays in more detail, so you can better understand the match mechanics if you want to dive deeper.

Play as a Team!

We also updated Scrim Match rewards to increase the Team Play Bonus of participating players depending on their current value. The less they have, the more they gain per match, so that you need a maximum of 5 Scrim matches to bring a player back to maximum.

We made this changes for the following reasons:

We look forward to hearing your response and are excited to bring this new version to the world. Last but not least, have fun – that’s why RIVALS was created to begin with.

We have many more exciting features planned, so stay tuned to our Discord server to get the inside scoop!